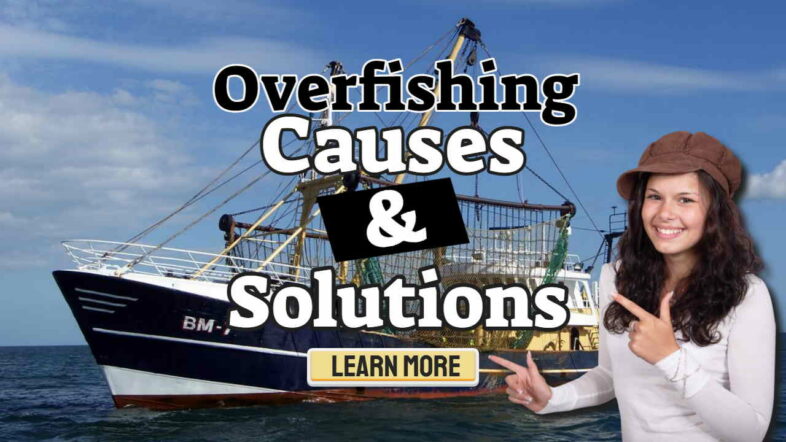 The term overfishing is often assumed to refer to the overfishing of fish but in fact, it refers to all aquatic species including shellfish, crabs, lobsters and many others. In a recent study, the University of British Columbia found that China provides the most harmful subsidies to the industry. In fact, in 2011, they provided $7.2 billion in support, accounting for 21% of the total worldwide support.

We can do some things to limit the overfishing of fish in our oceans, but we must do so responsibly.

The Problem with Overfishing

Overfishing affects 85% of the world’s fish resources. Most fisheries have been overfished, which has serious consequences for marine life and the socioeconomic well-being of human beings. Targeted catching of certain species of fish and sea creatures threatens the ecosystem, causing overpopulation of smaller marine animals below the food chain. Moreover, overfishing can lead to the extinction of whole species.

In addition to affecting the fish population, overfishing is also damaging to the rest of the marine ecosystem. It causes the growth of algae and creates problems for coral. Bycatch is another common problem associated with overfishing, which is a common cause of environmental damage. The bycatch is a type of unwanted catch that often kills a huge number of other marine animals, such as turtles. Overfishing also reduces the number of fish species that are worthy of consumption. 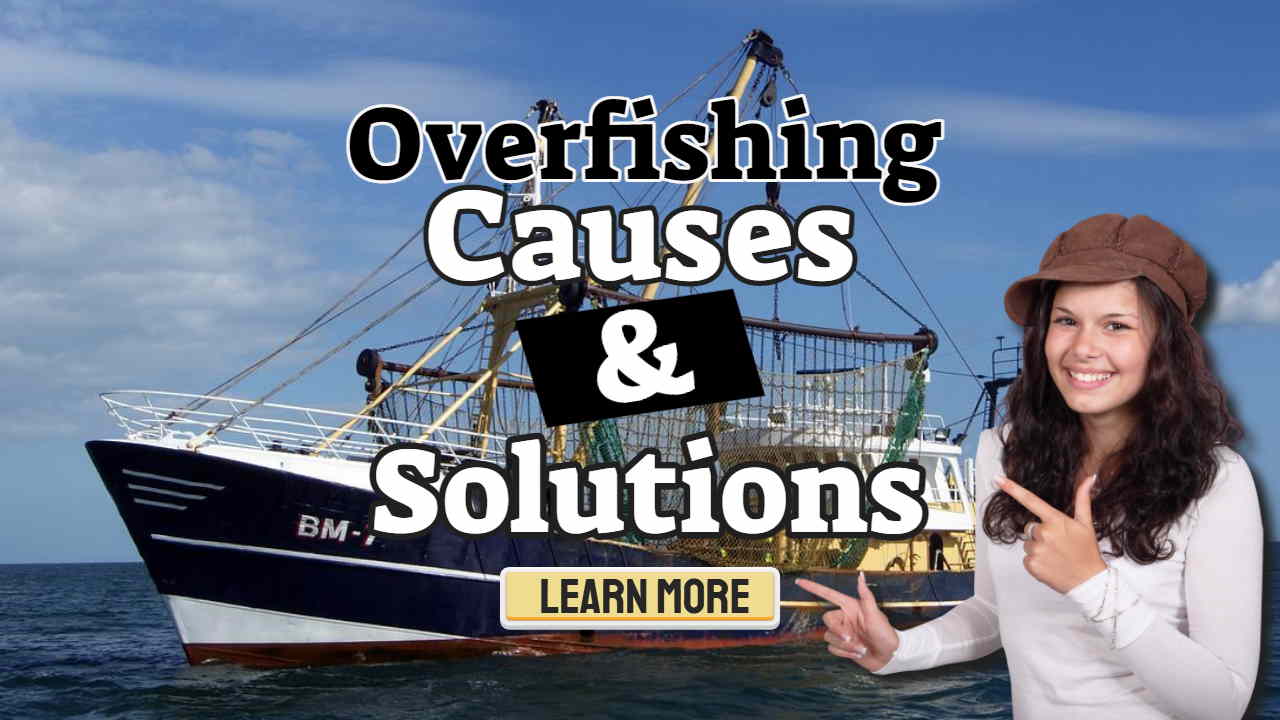 Overfishing is a problem that impacts all ocean ecosystems. It occurs when fish populations become depleted and cannot recover. As a result, the ecosystem is disrupted, and the remaining fish species are underpopulated. Overfishing is usually associated with commercial fishing, which often hauls massive amounts of fish while also killing and removing other sea creatures. These are known as bycatch. The destruction of ecosystems has led to the extinction of several species of shark.

Overfishing is the biggest threat to the world’s oceans, affecting not only the oceans but people as well. It’s also one of the most costly problems we face, as billions of people rely on fish as a source of protein. In addition to the financial and social implications, overfishing also threatens future seafood supplies.

The most common way to stop overfishing is to adopt aquaculture. This method allows for the production of more fish without using up more marine resources, while protecting the marine ecosystem. In some cases, overfishing is responsible for the collapse of fish stocks, resulting in an abundance of only 10% of its original number. This can have severe effects on the marine ecosystem and food supplies, and can also impact the economic prosperity of cities.

Overfishing has multiple impacts, including the health of the ocean ecosystem, the food on our plates, and the livelihoods of local fishermen. In New England, for example, cod fishing was a way of life for hundreds of years. But in the early 1990s, overfishing decimated the cod fishery, which lowered the population to one per cent of its historical level. This resulted in a devastating effect on the coastal economy, affecting thousands of fishermen and fish plant workers.

While the effects of overfishing are predictable, their impact on ecosystems and communities is not always clear. Fishers’ overfishing activities may deplete more valuable species and thereby reduce the abundance of less desirable species. This could lead to a cascade effect of species-rich and less-productive fish. These problems will be worsened as the oceans become increasingly acidic.

The effects are felt by many people worldwide who are no longer able to feed themselves from fishing. It is also largely unknown how much this huge damage to the ocean ecology is causing to the long-term viability of life in the oceans. Finding overfishing solutions is urgent. Read on to find out more:

If you haven’t yet heard about overfishing solutions, you may be wondering what these are. In the remainder of this article, we’ll discuss the issues, the solutions, and possible solutions. While we can’t eliminate overfishing, we can reduce the negative impacts of fishing and create more sustainable fishing practices. To start, we must educate ourselves about this issue and find solutions to the problems that we see. There are many ways we can help the world’s oceans, and we need to find a way to stop overfishing.

The Role of Aquaculture

Among the solutions for overfishing is aquaculture. This method involves hatching eggs and growing fish in cages. While aquaculture is extremely popular in Latin America and Asia, it’s just beginning to catch on in the United States. Currently, 84% of the seafood eaten in the United States is imported, and half of it is produced through aquaculture. Aquaculture is very expensive, however – it can cost up to $7.5 million for a single fish farm for the necessary buildings, floating cages, and boats.

In addition to affecting fish populations, overfishing can also affect fishing communities. In particular, this problem is particularly serious on islands, where fishing is not only a source of income but also the main source of protein for the population. Therefore, addressing the issue of overfishing is crucial for the future of these communities. And, by addressing the problems related to overfishing, we can help to create solutions for our oceans and help protect our wildlife.

Join the Campaign Against It

The Magnuson Amendment is the most widely used and effective legislation on the topic of overfishing. The Magnuson Act has been a vital tool in helping marine species recover from the devastating effects of overfishing. The Magnuson-Stevens Act was last updated in 2006, and it is in need of reauthorization. In this way, we can make the oceans a healthier place for everyone. With that said, we need to act now to help protect our oceans and our livelihood.

Regardless of where you live, oceans are facing an overfishing problem. This problem is widespread and affects every body of water. In fact, the oceans will run out of fish by 2048, if we don’t act now. The industry is the oldest and one of the most important industries, but the problem has increased with advances in technology, greed, and subsidies. The bottom line is that we need to make overfishing solutions for our oceans, or we will all be in grave danger.

Use of Satellite Technology to Stamp Out Illegal Fishing Activities

One example of a solution to overfishing is the use of satellites to track the movement of fishing gear and catch. Researchers have created an app that can identify fish from their spectrogram. It uses satellite data to determine illegal fishing activities. You can download the app, and learn more about its features. This app is just the first step. Thousands of other solutions will be unveiled in the coming months. So stay tuned for future updates!

“Overfishing is a global issue and must be solved.”

The problem is not just a problem for local communities – it affects the world’s ecosystems and wildlife. It is a major threat to our food security and our lives. The World Wildlife Fund estimates that overfishing is a major global problem and a solution must be developed in order to stop it. The goal of sustainable fisheries is to increase fish yields and increase the number of people consuming fish.

While there are a variety of solutions to overfishing, the most common and effective solution is not a solution. Instead, you should focus on finding more sustainable fishing methods and reducing the overall consumption of fish and other wildlife. By doing so, you’ll be supporting the sustainability of your local economy. But remember that eating only fish or meat isn’t the best solution for your health. It is much better to choose a balanced diet that incorporates a variety of different food sources. 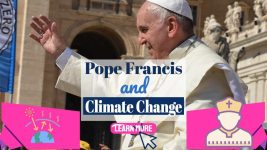 Pope Francis climate change: This is our summary of the Pope’s messages in connection with the COP26 Climate Conference when he urged all who would listen for a ‘Radical’ Climate Response. Pope Francis has been very active on this subject this year. He made it very clear how important it is to address climate change […] 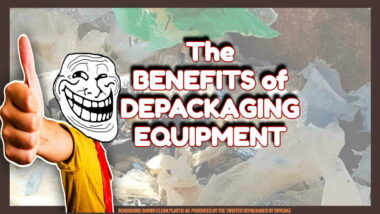