Global Warming Issues are in your Hands

There has been a lot of talk on the subject of global warming issues. Specialists believe that human activities in the past 50 years have given a negative boost to climate change. After a long series of tests and chart observations, it seems that the primary culprit for global warming is the emission of greenhouse gases (mainly carbon dioxide, methane and nitrous oxide). These gases have altered the composition of the atmosphere and raised the planet’s temperature with almost 1?C since 1950.

The problem is not that these gases exist. They have always been in the atmosphere, but there is a major increase in their concentration. The planet started to heat up and the climate change appeared simultaneously with the beginning of industrial revolution. Then, at the start of a new era, the concentrations of carbon dioxide increased with nearly 30%, methane almost doubled and nitrous oxide with 15% making global warming a serious, even deadly matter.

These figures are truly concerning due to the fact that we rely on fossil fuels to drive, to heat and to power factories not thinking of the harsh reality: burned fossil fuels are the main reason for the rise of carbon dioxide in the atmosphere leading to global warming issues and accelerating the rate of climate change.

Still, the combustion of fuel is not the only one to blame for global warming. Researchers consider that the development of agriculture, deforestation, landfills, industrial production and mining are also to blame. Each one of them has ‘helped’ induce large, global, abrupt climate change leading to a warmer planet, making it more difficult for us to live.

The statistics in climate change are frightening. Almost 98% of the greenhouses emissions are due to pollution and it is no surprise that the most powerful and rich country (U.S) on the continent is mainly responsible for global warming. 1998 has been declared the warmest year on record and scientists are concerned that the snow cover in northern hemisphere and floating ice in the Arctic Ocean have decreased. Do we really pay enough attention to the climate change and do we want the planet to become too warm for us to live in?

We are all threatened by this sudden climate change. The global warming issues is not a joke and we should start paying more attention to it. Not only wildlife, forests and coastal areas are vulnerable to the climate change that the greenhouse gas may bring, but also water resources, animals and most important our health.

What should we expect from global warming? First of all, a change that will have a major impact on the way we live will be a warmer weather. Climate change will appear in the form of increased precipations worldwide, with acid rainfalls that will damage the natural habitat, with more frequent and intense storms that will build up and result in powerful hurricanes. And this is just the top of the ‘iceberg’ called global warming. The hurricanes will be stronger than usual with greater devastating powers.

The population of the globe should be taught more about these greenhouse gases that are held responsible for climate change and more specific, global warming. Carbon dioxide is released into the atmosphere when wood, fossil fuels (oil, gas and coal) and solid waste are burned. Methane is emitted during the production and transport of oil, gas and coal, but it also results from decomposition of solid, organic waste. Nitrous oxide is the product of: agricultural and industrial activities, combustion of fossil fuels and solid waste. So, do we still have to wonder why these greenhouse gases have such a strong impact on climate change?

Unfortunately, there are not many options to reduce the effects of global warming. Lately, in order to predict climate change, specialists have put up what is called an emission inventory which registers the quantity of air pollutants in the atmosphere. It also establishes the identity of the polluting agent (chemical/physical), the geographic area covered, the time period over which emissions are appreciated and the type of activities that cause the emissions. This way, the scientific community is making an effort to reduce the serious consequences of global warming.

Another solution for the problem of global warming is recycling. It started years ago in powerful and well developed states and it is a novelty for poor, undergoing transition states that are struggling to survive. But, slowly, people all over the world are learning about the strong effects of recycling newspapers, plastic, glass, metal. It is a healthy action that makes the world a better place. By recycling, we not only help ourselves, but also the forests, crop yields and water supplies which are severely affected by climate change. We also keep in mind the animals and the ecosystems – another sector badly damaged by climate change. We make the difference.

Global warming affects everybody. That is why we must fight against our self destruction and life’s in general. Fight for your planet, don’t let the climate change affect the environment in an irrecoverable manner, keep in mind that Earth’s eco systems are sensitive and must be treated with care, and you will have a future!

Knowledge about our environment, global warming issues and the way we influence the climate change is the key to how our world will look like in the future. You have to have the power to change things and make them better. 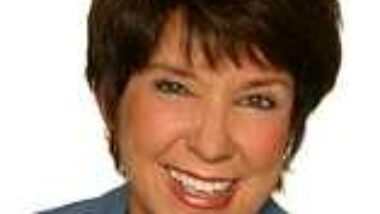 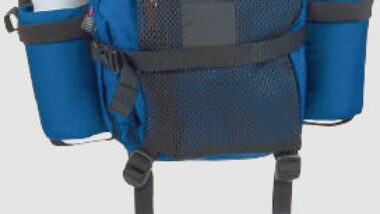 Bottled Water – Is It Really So Cool?