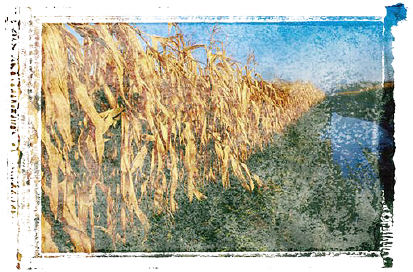 Climate change will have a dramatic impact on agriculture and food production over the next few decades. Changes will be rapid and unpredictable, and will have a devastating impact on those most vulnerable, as we have seen from the droughts in Africa and people affected by increasingly powerful hurricanes. Our future is less secure than we think, and decades of increasing prosperity for much of the developed world will be reversed as economic growth falters when we reach the limits to growth. In the worst case scenario, there will be a crash in food production with tragic consequences on a huge scale. For the UK, one of the biggest threats is from the possible diversion of the Gulf Stream due to rapid melting of Arctic ice.

As reported in Eco, http://ecozine.co.uk ,the impact of climate change will have two aspects. Those imposed on us by changes to the world’s environment, i.e. reactive changes, and those that we seek to make ourselves, ie. proactive change.

With regards to reactive change, environmental changes will mean that the types of crops that can be grown in different regions will alter, due to variations in temperature, rainfall, and pest predation. Weather patterns that have been established for each region for hundreds or thousands of years will change in rapid and unpredictable ways. There will be crop failures on a massive scale, accompanied by floods, droughts and fires. There will be rises in sea levels, with low-lying areas inundated and agricultural land ruined by salination, while melting ice in other areas will make new land available for growing crops for the first time in millennia. Some areas of the world will suffer substantial loss of water for irrigation as glaciers melt completely, leading to the drying up of rivers.

Secondly, there are the pro-active changes mankind will seek to make to mitigate the impact of climate change by reducing greenhouse gas emissions, and increase food production. We will use science to increase yields through genetic engineering and find alternatives to the dwindling reserves of phosphate for fertiliser. The growing awareness of the environmental damage of “food miles” will lead to attempts to source food more locally, as has been tried with some success in Farmers’ Markets. There will be widespread resistance to limiting food miles due to our appetite for exotic foods, however their price will rise as carbon taxes on fuel are introduced. It is likely these pro-active changes will be too little, too late.

There is growing awareness of the damage caused to ecosystems through forest clearance for beef farming, palm oil and soya production. There will be a strong argument for reduced meat consumption as food production struggles to keep pace with the world’s growing population. At the present time fifty five billions animals are raised and killed for meat every year. The grain fed to them could feed almost 4 billions people. This is a hugely inefficient way of providing human nutrition. These animals give off vast quantities of belched methane during their lifetimes, a greenhouse gas many times more powerful than carbon dioxide.

There will be an increase in the use of crops for fuel. Ethanol produced from sugar cane is already widely used as a bio-fuel in Brazil. Scientists are also developing vehicle fuels from rape seed oil, and willow is being grown to produce wood pellets for power plants.

The next few decades will be an exciting time in our planet’s history, and will challenge our ability to adapt to change, to the limit and beyond.

To read more about climate change, visit Eco at http://www.ecozine.co.uk

Opposition to the Kyoto Protocol 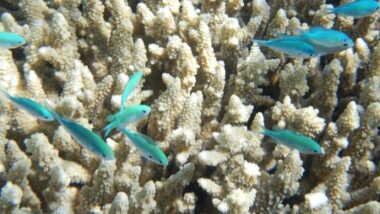