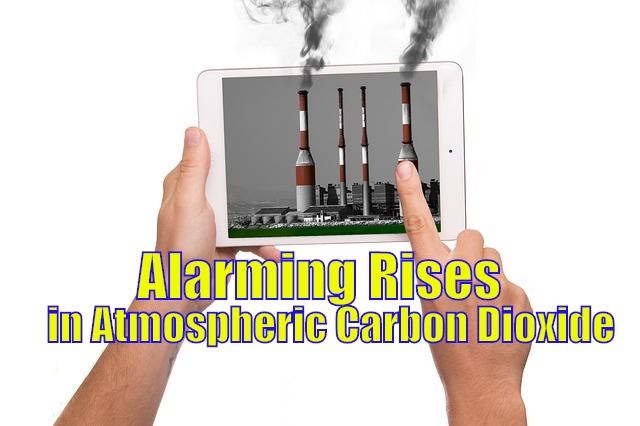 Carbon dioxide, the greenhouse gas linked to global warming, is accumulating in the Earth's atmosphere at an increasing rate, according to a new study released by the US government's National Oceanic and Atmospheric Administration. The research has renewed concern that the ability of the environment to absorb the gas may be waning.

The NOAA study said the average atmospheric concentration of carbon dioxide in 2005 reached 381 parts per million, up from 2.6 ppm since 2004. The annual rate of increase, which has been recorded since the 1950s, now exceeds 2 ppm for three of the past four years (Note: this was reported in in 2006). This is an unprecedented increase; 50 years ago, the annual increase was less than 1 ppm.

The extra CO2 is produced by the burning of fossil fuels, currently emitting approximately 7 billion tons of carbon per year, and roughly half is absorbed by vegetation and the oceans. Researchers believe the yearly fluctuations in CO2 build-up are caused largely by nature's variable ability to absorb the emissions.

The atmospheric concentration of carbon dioxide is now higher than experienced on Earth for at least the last 400,000 years, and the rise is expected to continue. Over the past two decades, only half of the CO2 released by human activities such as fossil fuel burning, the so-called “anthropogenic CO2,” is still in the atmosphere; about 30% has been taken up by the ocean, and 20% by the terrestrial biosphere.

This new finding follows reports that 2005 was probably the warmest year on record, with temperatures slightly higher than the previous peak in 1998. Also, scientists at the US National Snow and Ice Data Center, in Boulder, Colorado, reported that Arctic sea ice did not reform fully in the winter of 2005 after record rates of melting during the summer.

Until recently the largest increases in concentrations of CO2 always occurred during El Niño years, when tropical vegetation grows more slowly due to lack of rain and fires occur in dried-out rainforests. The greatest recorded increase of 2.7 ppm occurred in the El Niño year of 1998. However, scientists are alarmed by the fact that none of the past three years of near-record increases have coincided with an El Niño event.

According to Peter Cox, a scientist at the Center for Ecology and Hydrology in Dorset, UK, who studies the interaction between plants and the atmosphere, the recent surge in CO2 levels “may be the first evidence of a feedback from the carbon cycle, in which plants under heat stress from global warming start to absorb less carbon dioxide”.

Not only are plants slowing their rate of CO2 absorption, but coastal carbon sinks are shrinking as well. Mangrove forests, which play a large role in sequestering carbon from the atmosphere and dissolving it into the ocean, are disappearing rapidly.

A research team led by Thorsten Dittmar of Florida State University in Tallahassee studied how much mangroves contribute to the organic carbon dissolved in ocean waters off the coast of Brazil. They came to the conclusion that even though intertidal mangrove forests cover only 0.1% of the earth's surface, they contribute up to 10 per cent worldwide of the ocean's dissolved organic carbon. This is approximately equal to the amount reaching the ocean from the Amazon river, the largest single source of dissolved organic carbon.

Intertidal forests of mangroves surround many tropical coastlines. Mangroves, like all plants, fix carbon dioxide from the atmosphere through photosynthesis and return organic material to the soil when they decompose. Their tangled root systems also collect fallen leaf litter.

However, mangrove roots and soil are washed over by tides, and much of this organic carbon leaches into the ocean.

Unlike CO2 absorbed directly from the atmosphere, much of the carbon produced by mangrove trees is bound up in large molecules which are highly resistant to decomposition, and is therefor likely to be held in the ocean for decades instead of being returned to the atmosphere as carbon dioxide.

Mangrove forests have declined by nearly fifty percent during the past century due to increasing coastal development and habitat damage, such as the draining of swamps for agriculture.

As the habitat has changed, fewer mangrove trees and their derived detritus are available to bind and export dissolved organic matter into the ocean. The research team concluded that the rapid decline in mangrove forests threatens to shut off this important link in the carbon cycle, with potentially damaging consequences for atmospheric composition and climate.

Direct absorption of CO2 by the ocean surface also occurs, but it has unfortunate consequences not produced by complex carbon molecules fixed by plants. As dissolved CO2 rises, the pH of the ocean water decreases, becoming more acidic.

A pH reduction of approximately 0.1 unit in surface waters has occurred already due to oceanic uptake of anthropogenic CO2. Scientists estimate that the total drop in surface seawater acidity (pH) will be approximately 0.4 pH units by the end of this century, with an almost 50% increase in the concentration of dissolved carbonate ion concentration. The surface ocean pH drop would be lower than it has been for more than twenty million years.

Climate Change and Asian Monsoon in the Hindu-Kush Himalaya (HKH) 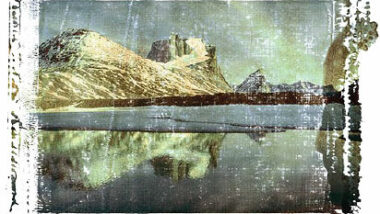 Will Global Warming Cause the UK to Cool?